Mike’s been into music since he was seven. He took piano lessons for 10 years and has been playing in bands since 8th grade. “I love music. It’s a great stress reliever and a wonderful way to make new and lasting friendships”. Mike also plays Hammond organ and has a Leslie speaker system. “There’s really nothing that can compare to the sound of a Hammon through that whirling Leslie”. Mike and Spider (Sam Rice) do all of the band’s backing track programming.

Ulysee Huling is no stranger to the stage as he has been performing since he was six years old. He has been singing in numerous genres of music including Gospel, Classical and most recently R&B. Ulysee has sung as a soloist and as a member of several choirs and acappella groups in New York. Known for his smooth and soulful style, Ulysee sings full of emotion and deep passion with a vocal range that takes him from first tenor to bass baritone. Of note, Ulysee auditioned at the 2015 casting of the four-time Emmy Award-winning show, The Voice. Ulysee is also a songwriter and composer. Ulysee lives in New Windsor, NY with his wife Cheron and two children, Keely and Kadin.

Gina Dee grew up listening to R&B, Jazz, Blues & Soul. Her taste in music is as eclectic as her personality. She was inspired by the likes of such legendary vocalists as Lena Horne, Billie Holliday, Aretha Franklin, Whitney Houston and of course, Sade. Offering a mix of both traditional and contemporary sound, Gina has found her own blending of styles, creating a soulful, sultry mix of old & new. Her soft, rich voice is often described as a sound that is as smooth as silk and as sweet as honey.

Gina has performed as a solo vocalist throughout the Hudson Valley and the New York Metropolitan area. Her vocal range not only allows her to sing in those soft, sultry tones, but she’s been known to belt it out when the feeling hits!

Gina has also been the featured vocalist in several bands over a span of a few years, from Doo Wop to R&B to Funk, Rock and Jazz and has played to standing room only crowds at local venues.

Gina is currently one of the featured vocalists in the band, which is available for weddings, benefit events and private functions.

Spider has been playing guitar since he was 9. In played professionally with his dad in the famous Curtis gospel quintet the "Spiritual Five" touring with many gospel greats like "The Jackson Southernairs", "Williams Brothers", "Mighty Clouds of Joy", the "Gospel Keynotes" and many others, too numerous to mention. ect. He subsequently graduated to R&B and joined a band called "The Zodiacs" in the 70's backing blues legends like "O.V.Wright”, "Geetet Davis" and "McKinely Mitchell”. In the late 70’s he met "Gary Pinchom" a member of "The Drifters" and toured with them all over the country. Sam plays guitar, bass, keyboards, trombone, programs drums, is a sound engineer and with Mike produces backing tracks for the band. 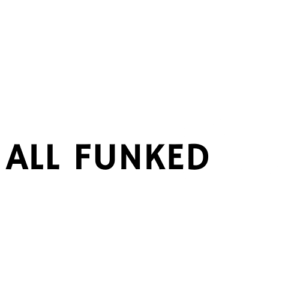 Facebook-f Instagram
Copyright © 2020 All Funked Up All Rights Reserved. Designed By Varemar
Scroll Up